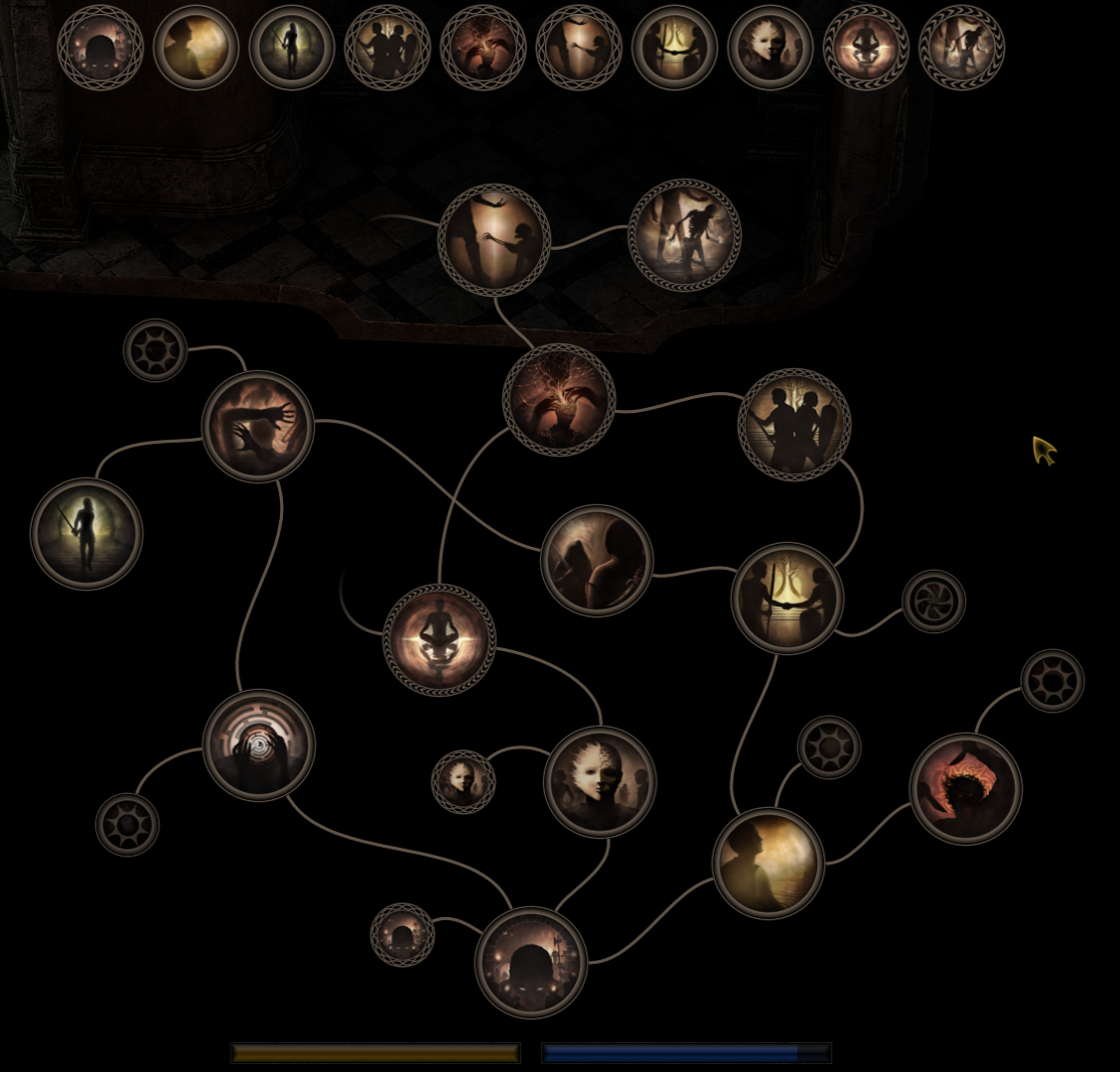 Mentioned by developers on 31st Oct 2018. Hypnotises an enemy, even undead to fight for you at the cost of some sustained focus.

Calms and reduces the opponent's willingness to attack. Enemies can still be hostile even when calmed.
Prerequisites: Innate affinity with mind Thaumaturgy
Mods:

Enrages the opponent, potentially inciting it to attack anyone that it sees regardless of its affiliation with any group
Prerequisites: Calm and Inversion
Mods:

Hides the presence of your mind from other creatures and Thaumaturges, potentially making you imperceptible to creatures who don't use eyes to orientate themselves such as skeletons.
Prerequisites: Innate affinity with mind Thaumaturgy and Inversion

Makes a target suspect another target that it would normally be friendly to.

Take control of a mind, allowing you to directly control another creature or person.
Prerequisites: Spirit Form, Loyalty and Union

Makes a target afraid and potentially flee from you (?)

Makes a target confused and act randomly, sometimes attacking its own allies.

Rallies a target's spirit to become more brave in the face of terrifying things like large demons.

Raises up to 3 undead or skeletal servants (If Continuity II and III are taken) to fight for you.

Severs the link of the dead's control over it's body.

Manifests the user in spirit form. With this, it is possible to phase through even locked doors.

Some effects include Ogres being specifically controllable by the use of mind control in a thread about non-human races on the forums. Also, necromancy is related to the concept of the transcendent mind, which all creatures possess to a certain extent, which can linger after death. Necromancy powers will likely be continuous powers.

Certain creatures, such as Sir, Ghouls, and other similar beasts are immune to the influences of Mind Thaumaturgy, even repelling attempts to sense their state of mind.